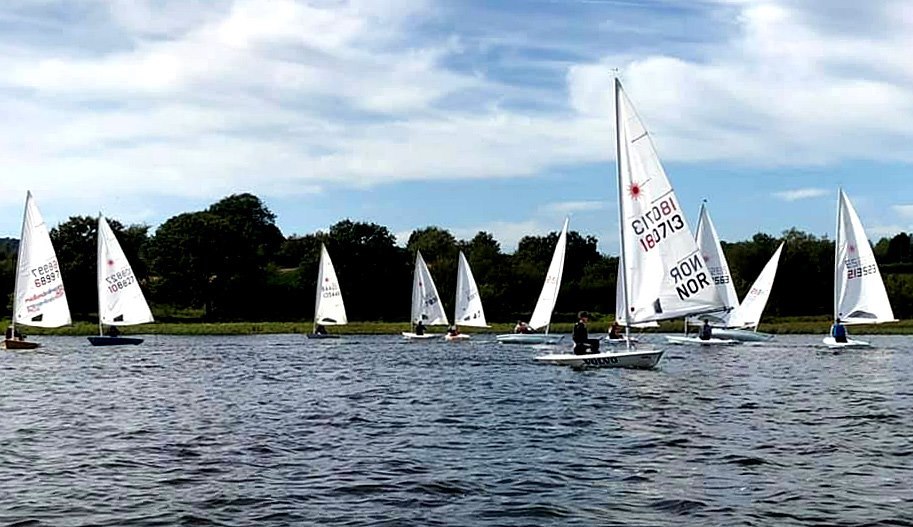 Barnt Green Sailing Club hosted its traditional Laser Open meeting on Saturday 14th September. As well as a number of travelling helms, there were also a good number of BGSC members that took part. Nick Shaw was the Officer of the Day and did a fantastic job in running the races - this was his first Open meeting as OOD - so well done Nick, you did BGSC and yourself proud. The weather was good and there was sufficient wind to allow for some competitive racing.

The overall winner was John Ling from Bartley Sailing Club. Well done John! However, it was really good to see the majority of the fleet made up of BGSC helms. The younger memebers of our club were particularly well represented and did very well in the final reckoning. Well done Ollie Ridgway, Josh Oates, Bob Suggitt, Lia Horne, Cameron Bahlman, Ed Onions, Imogen Brinksman, Rebecca Tiffany and Tiarnan Smith.

The overall placings were as follows: