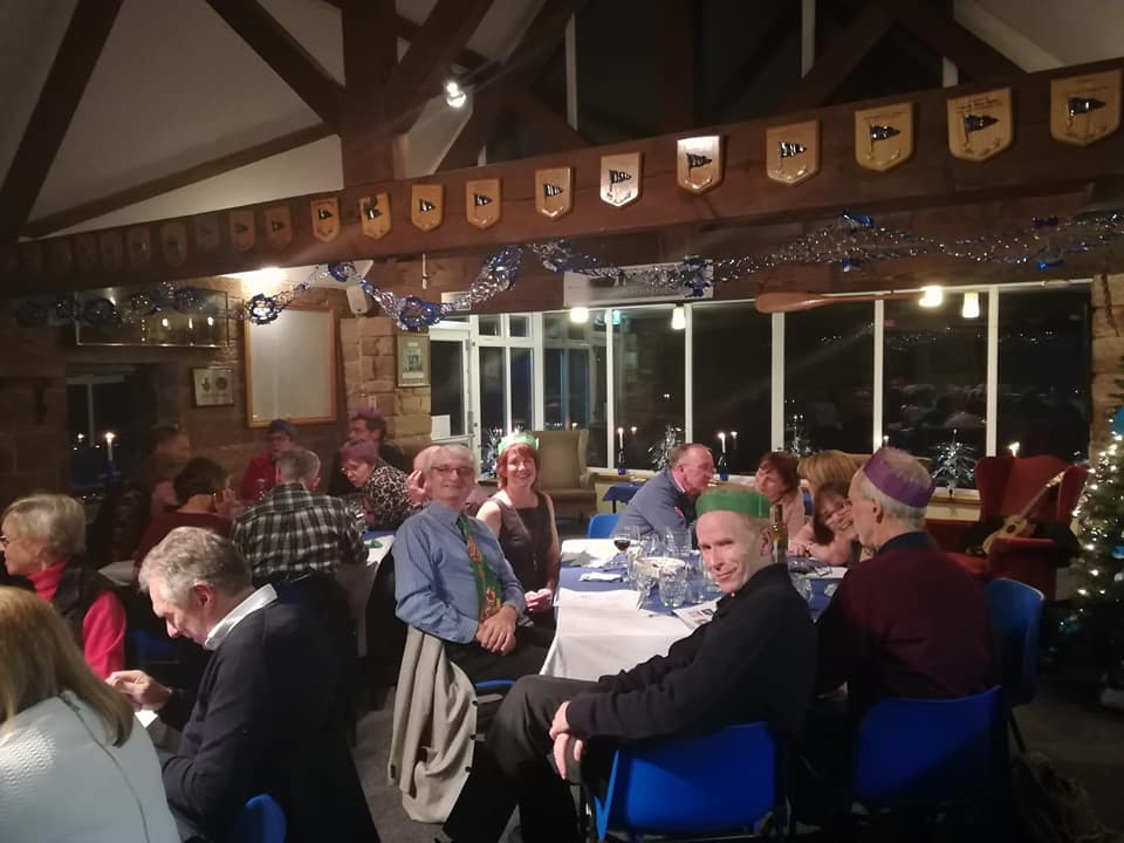 Its beginning to feel a lot like Christmas now that we've held the annual BGSC Christmas Party!

The clubhouse was looking at its festive best and Rosie Padmore did a fantastic job on decorating the clubhouse and providing us with a lovely Christmas meal of smoked salmon, roast pork and a lemon tart.

Musical entertainment was provided by the BGSC "Bittell Buskers" aka our ukulele-playing club members Jess Baker and Richard Seal who led some robust and, at times, tuneful singing from the enthusiastic audience.

The traditional musical chairs champion this year was Bob Suggitt who was last one standing...or sitting when the music finished. Watching Bob busting his moves as midnight approached was a sight to behold.

Fortunately, the snow held off until the early hours after which Barnt Green was lost in the drifts. Thanks to all those involved and who came along to enjoy the festive shenanigans.