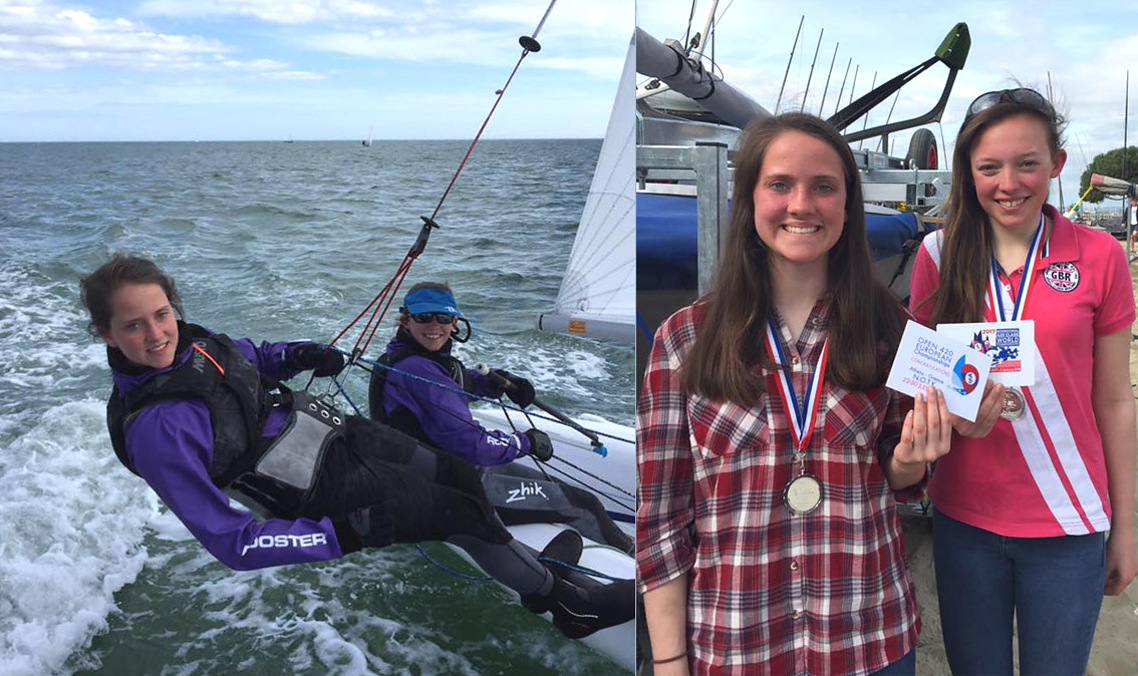 Well done to Ellie Driver and Rachael Cross, for qualifying for the GBR team at the 420 sailing Open Europeans in Athens and the World Championships in Australia. They have done Barnt Green Sailing Club proud. We are all delighted!

Paul Cross said "The girls stepped out of Oppies last year and spent the summer learning to sail as a team in a Feva. They started to train in the 420 last autumn and have spent most of the winter attending training sessions with the class association at south coast venues. The Selection Series for the 420 class comprises of three events in the spring: The Inlands at Grafham, The Spring Champs at Hayling Island and finally, the week long Youth National Championships which was also at HISC

Ellie and Rachael found themselves competing with much more experienced and older sailors as well as some of their friends from Optimists, Toppers and Cadets and they found the step up in competition hard. The entire selection series ran to 26 races over the three events with conditions ranging from 5 knots to 36 knot gusts. at the end of the series There was a mens team and a ladies team selected and also six boats from the under 17 age group. Ellie and Rachael finished as 3rd ladies boat in the U17s and qualified for both the Open European Championships in Kallithia, Athens at the end of July and the World Championships in Fremantle, Australia over Christmas and New Year. They are now taking a break for exams and will return to training at the end of June."